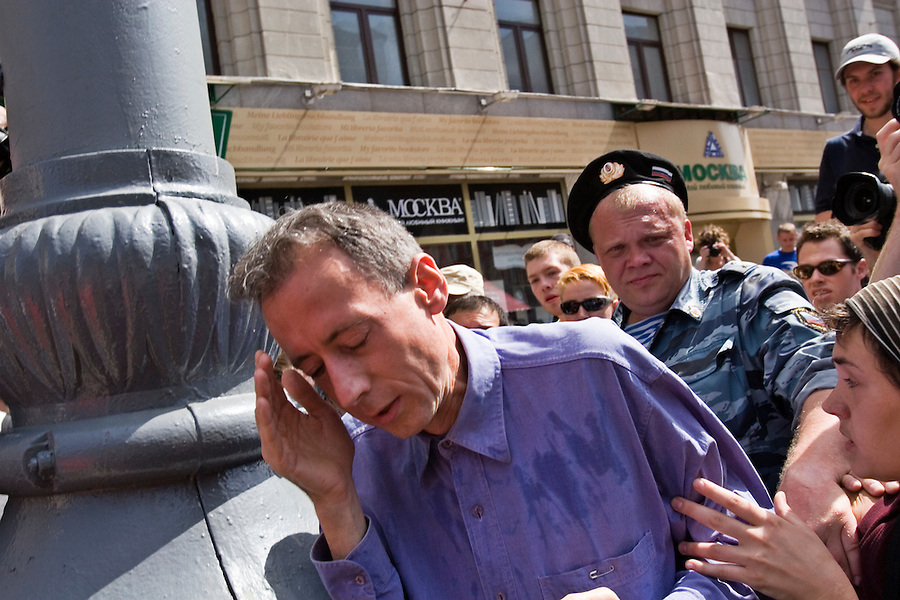 Moscow, Russia, 27/05/2007..Veteran British gay rights activist Peter Tatchell is attacked and beaten by Russian nationalists before being arrested by riot police at Moscow's second attempted Gay Pride parade. The parade had already been banned by Moscow Mayor Yuri Luzhkov on the grounds that it would provoke violence, but gay activists attempted to demonstrate in defiance of the ban, and many were beaten by counter demonstrators and arrested by police.