Moscow, Russia, 13/01/2013..Russian police guard a skip marked ?for garbage? that has been filled with portraits of President Vladimir Putin and other Russian politicians. Thousands of opposition protesters carried posters of President Vladimir Putin and members of the Russian parliament with the word ?Shame? written in red at a protest called the March Against The Scoundrels. The protest was against the new law banning the adoption of Russian children by Americans, widely seen as a response to the recently passed USA Magnitsky Act. 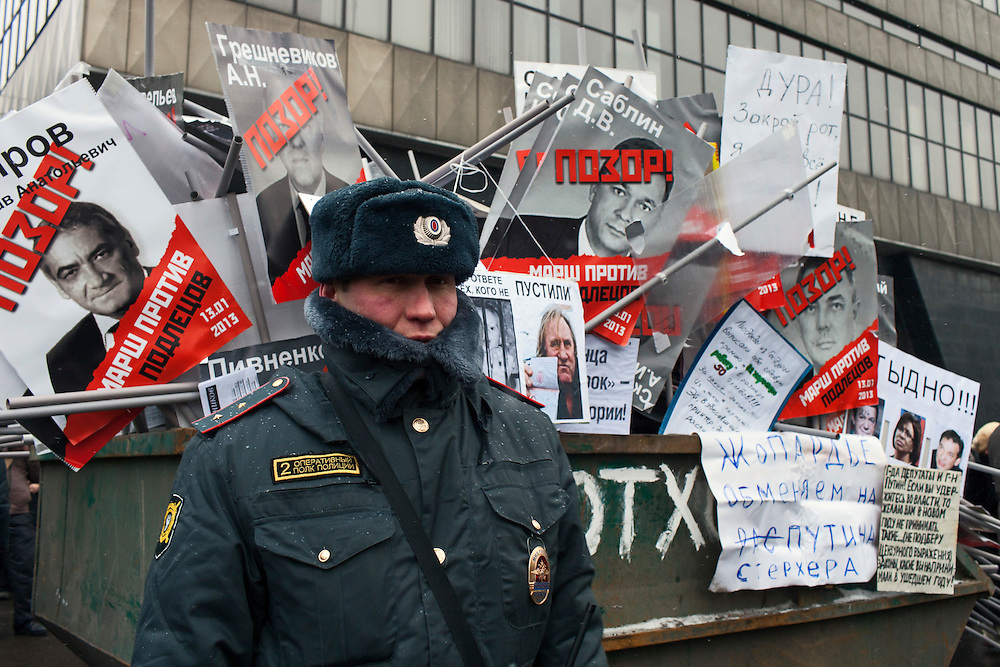