Moscow, Russia, 22/08/2010. .Performers sing through megaphones in Pushkin Square, where some 3,000 people gathered for a concert and protest against the destruction of part of Khimki Forest in northern Moscow as part of a motorway project. The concert was banned and police seized the performers' musical equipment, but unusually the anti-government protest was allowed to take place, although a number of opposition organisers were arrested on their way to the demonstration. 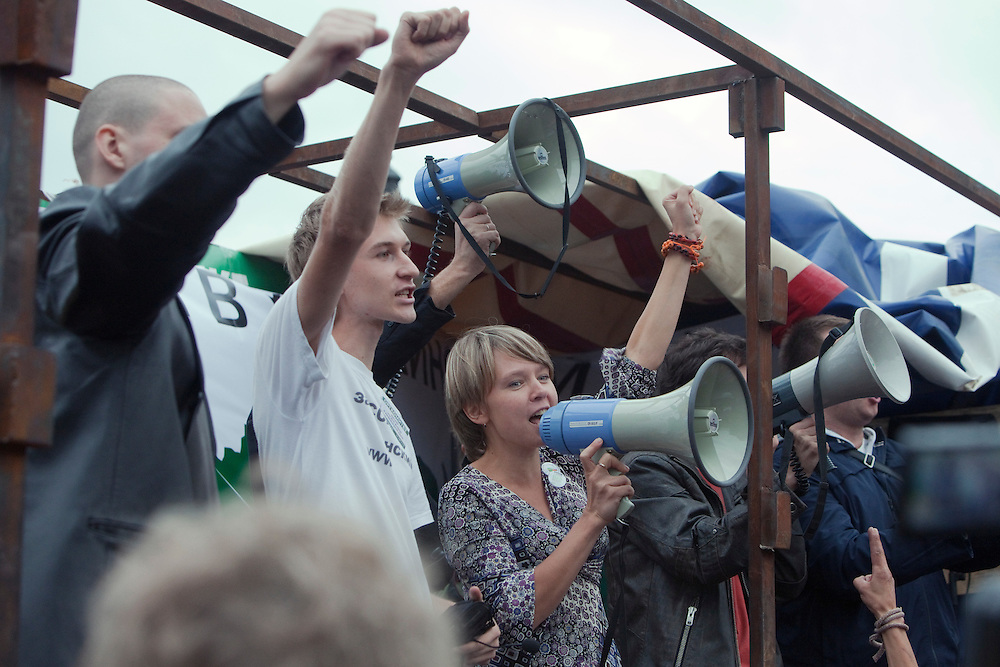