Moscow, Russia, 14/11/2010..City workers tear down a kiosk with a door sign that reads "Open 24 Hours" near a metro station after new Mayor Sergei Sobyanin ordered the removal of hundreds of the structures, mainly in the city centre. The kiosks, which are ubiquitous throughout the Russian capital, appeared after the fall of the Soviet Union in response to consumer demand and sell a wide range of goods, but most specialise in foodstuffs, alcohol and tobacco. 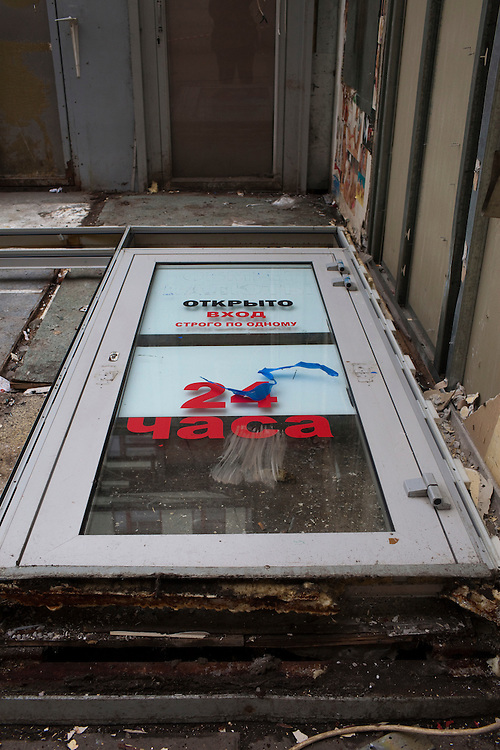