Moscow, Russia, 15/06/2011..People walk through an exhibition of of giant Russian matryoshki, or nesting dolls, in the newly-opened Afimall shopping centre. The dolls, designed by Boris Krasnov, are from 6 to 13 metres high, and each is decorated in a different style of traditional Russian folk art..Once culture in Moscow meant state-controlled theatres like the Bolshoi, classical museums, and little else. In the chaotic years after the collapse of the Soviet Union even these came under threat as state money dried up. But the Russian capital has undergone a cultural revival. Derelict industrial zones are reborn as artists' studios and fashionable galleries; shopping malls mount art exhibitions; numerous clubs host a wide range of cultural events. Even the newly-renovated and famously stuffy Bolshoi has got in on the act, with onstage nudity and performances that have attracted conservative ire and protests. 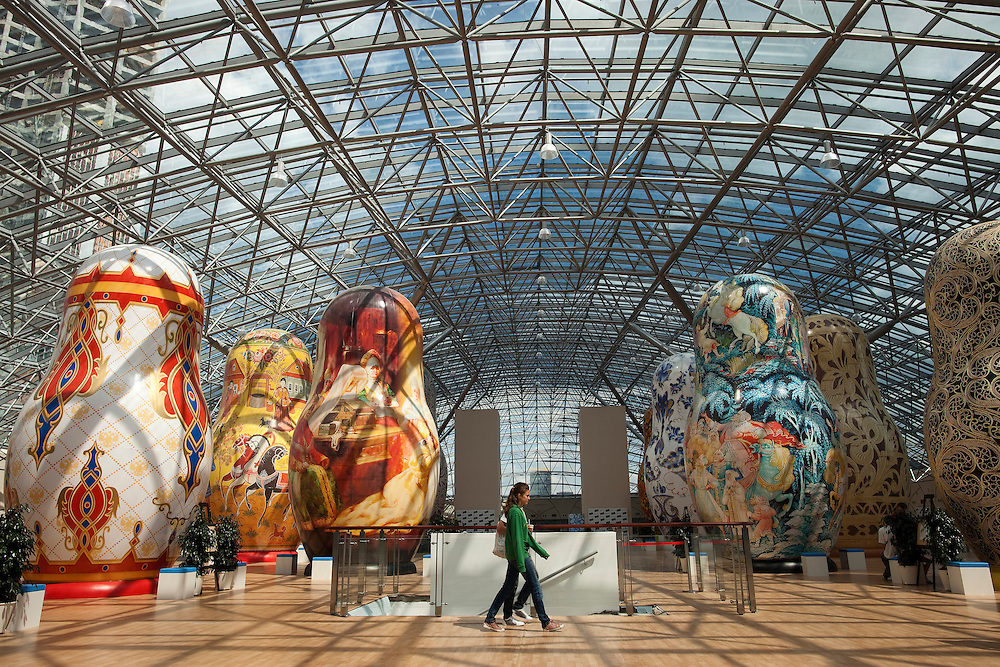