Moscow, Russia, 15/01/2011..Nationalists and football fans gesture at the media during a rally at the bus stop where Spartak soccer fan Yegor Sviridov was killed in a street fight with a group of men from the southern Caucasus, leading to a nationalist backlash that has spilled into racist violence on the streets of Moscow and other Russian cities. The rally on the 40th day after Sviridov's death was attended by a mixture of local people, football fans and Russian nationalists. 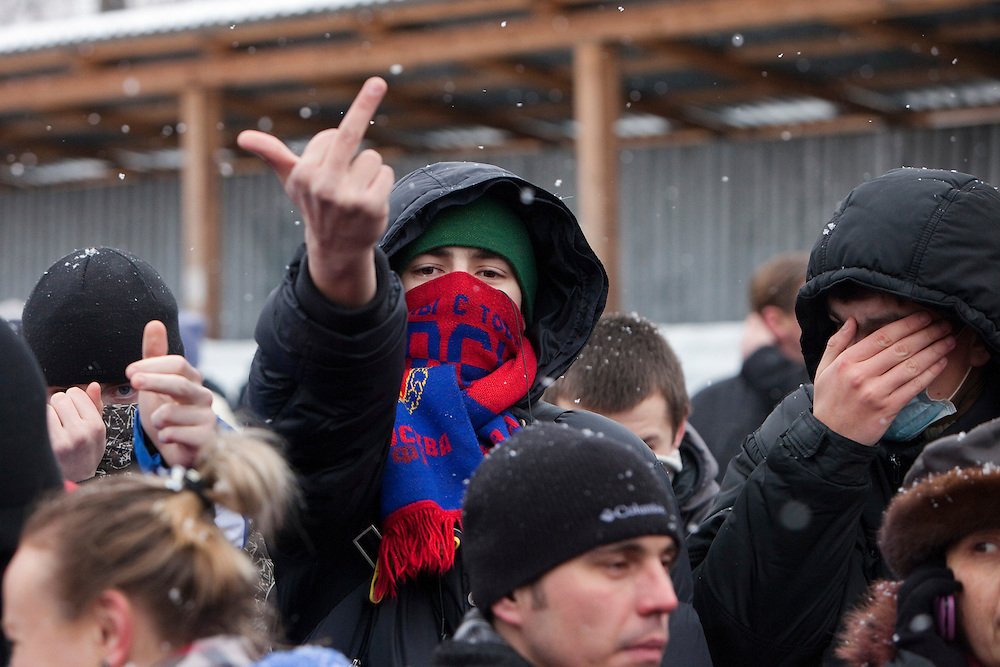