Moscow, Russia, 26/05/2011..Sergei Kalenik, writer of the internet comic strip "Superputin, A Man Like Any Other", which has been viewed almost 3 million times since being posted last week on a specially created website www.superputin.ru, with Anton Chijikov [left] and Natasha Sheyanova. The action is set in the Russian capital "one year before the end of the world." The plot, based on the U.S. action film "Speed," pokes fun at Russian Prime Minister Putin's judo skills and President Dmitry Medvedev's predilection for technological gadgets. 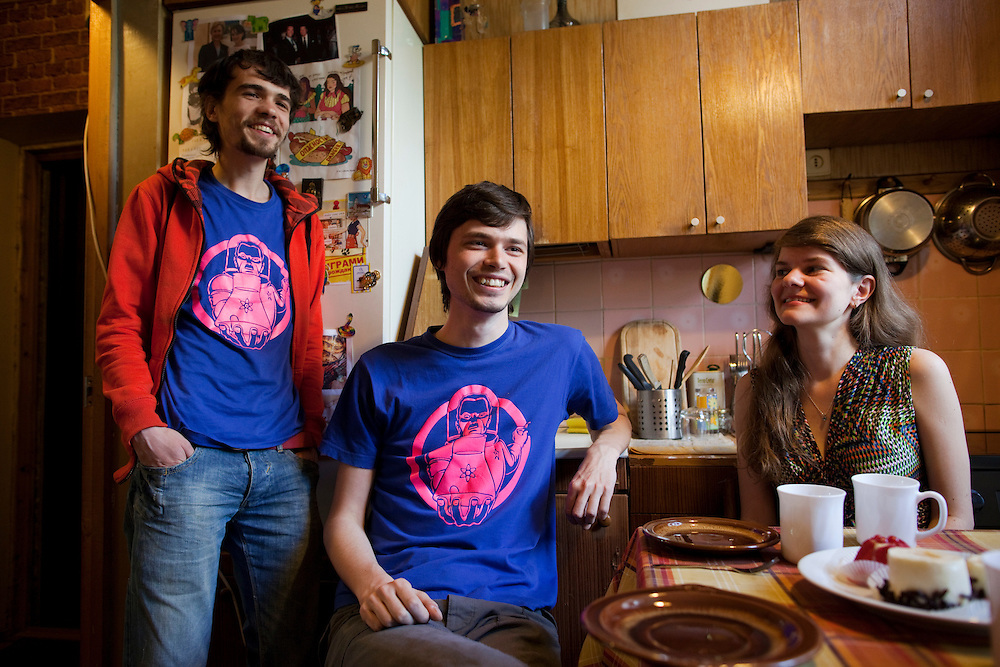